Create an Account - Increase your productivity, customize your experience, and engage in information you care about.

Village at a Glance

The Village had its origins in the cottages and clubhouses built adjacent to Long Lake. The area was sometimes referred to as Jones Park because a man named Ollie Jones owned property along the lake. There are two slightly different stories concerning the origin of the name "Pontoon Beach." One says that the name was used because a bridge supported by pontoons was built across the lake. The other claims that the name began because steep banks lined most of the lake and residents made docks that were floated on pontoons, thus forming a kind of beach. The area has been known to be a good place for fishing, hunting, picnicking, and swimming (apparently a sandy beach did exist along part of the lakefront), and the recreational opportunities has long attracted residents from nearby cities and towns. 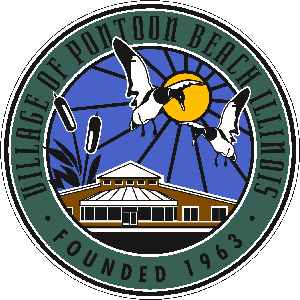 The Village of Pontoon Beach had a population of 5,836 according to the 2010 Census.

Pontoon Beach has one of the lowest property tax rates in the region. (For more information, please see Incentives and Tax Structure.)

Pontoon Beach is part of the Granite City CUSD No. 9. This school district is home to Granite City High School, Coolidge Junior High School and Grigsby Intermediate School, and six other elementary schools. Pontoon Beach also benefits from having several colleges/universities in the region.

The development area is within the Village's Tax Increment Financing (TIF) District, and thus incentives associated with the Village's TIF program would be available. In addition to the TIF District, the Village is also located within the Gateway Commerce Center Enterprise Zone. For more information, please see Incentives and Tax Structure.
[]